In today’s complex and challenging work environment character counts. Therefore, when developing character, you must take all of the following aspects into account:

All of these behaviors—and more—go a long way in defining our character and ultimately affect our performance and the performance of others.

Character is important because it ultimately defines the types of relationships we create.  This is key because relationships play a significant role in shaping the foundation of our workplace culture

A classic Harvard Business Review article about successful workplaces and leaders makes the point about how character counts in a slightly different way. Of course, everyone wants to work with a competent person who is also good and polite. However, no one wants to work with a “dumb jerk.” Given a choice, people consistently prefer working with a lovable fool rather than a competent jerk. That’s interesting — and telling.

So here’s the question:  Can you really do anything to shape and define your character?

Character is Up to You

You can choose to be a “good person” any time you want. You can decide to be truthful, a giver, a good listener, respectful, thoughtful — or not. It’s up to you.

Character really isn’t that hard to define — we all know it when we “see it” or “feel it.” And while we don’t yet have a formal measure of character — as we do for IQ or EQ — QwikCoach believes that each of us has a sense of when someone’s “Character Quotient (CQ)” is high or low.

The key is to know yourself and to be aware of your actions and behaviors and how both affect others. With these insights you’ll have a strong sense of where you fall on the character scale.  In addition, you’ll know when and how to make needed adjustments.

Simply put, every day make a real commitment to be your best self, to be a role model, and not a jerk. Yes, we can be a-holes sometimes, just don’t make it a habit if you want to be successful at anything worthwhile.  Remember – character counts!

Robert Sutton, a respected 52-year-old Stanford University professor, is a gentleman and a scholar. But that isn’t stopping him from making liberal use of an unprintable vulgarity to kick off his new campaign to jerk-proof the American workplace.

Sutton, a management science and engineering professor, says he’s not trying to offend anyone with the blunt title of his book, The No — hole Rule: Building a Civilized Workplace and Surviving One That Isn’t. But Sutton felt he needed to get people’s attention. He did this by using an “emotionally authentic” term. His intent, to spur corporate America to stamp out boorish behavior that decreases productivity, drives away talented workers, and destroys morale.

“I am disgusted with the norm in business and sports that if you are a really big winner, you can get away with being a creep,” Sutton said. “My dream is that leaders of all organizations will eventually treat acting like an — hole as a sign of bad performance rather than an excuse for good performance.”

Sutton’s book already has been translated into a dozen languages and he has given interviews to media organizations in as many countries.

Sutton has received hundreds of emails and many faithful visitors to his blog. Readers respond with their own tales of suffering at the hands of mean bosses or co-workers. More than 13,000 people have taken his online — hole Rating Certified Self Exam (ARSE for short). He even offers corporations a way to measure the “Total Cost of — holes,” or TCA. About 2,000 promotional ” — hole” erasers from his publisher, Warner Business Books, quickly became hot commodities in his campaign to rub out jerks at work.

Some in Silicon Valley are Taking Action

Sutton’s work is making him something of a bookish, bespectacled rock star in Silicon Valley. Companies from Google to eBay to Yahoo, trying to create worker-friendly cultures, have invited Sutton to give talks on the subject.

A half-dozen other entrepreneurs have told Sutton they enforce a “No — hole” rule when hiring and firing but use more polite terminology, he said.

Beware of “Jerks” in the Workplace

Sutton defines a jerk as one who oppresses, humiliates, de-energizes or belittles a subordinate or a colleague, causing that person to feel worse about him or herself. Tactics include personal insults, sarcasm, teasing, shaming, or treating people as if they were invisible. 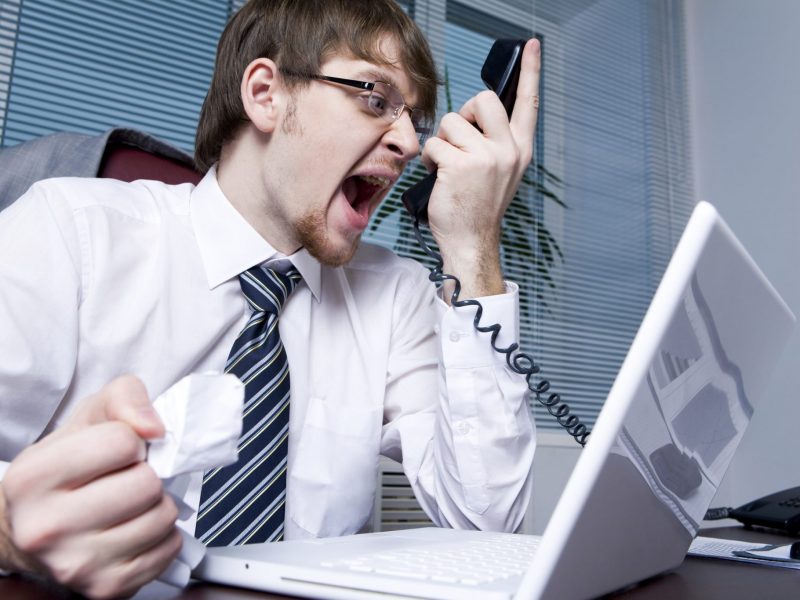 He distinguishes between temporary jerks and certified jerks. Temporary jerks are people who have the potential to act like jerks but who don’t do so all the time. For instance, someone who may struggle with managing their emotions or stress, taking it out on others, but then showing remorse for their actions. Certified jerks are routinely nasty.  This behavior may be deliberate, not realized, or may occur because of a total disregard for the feelings of others.  Whatever the reason, it poses an enormous threat to an organization’s well being and culture.

Sutton explores ways to implement a no-jerk rule and survive an environment that doesn’t have one. Furthermore, he warns organizations that being a jerk is contagious. Hire one, and you’ll soon have plenty more polluting your work environment.

Sutton says the hardest thing for many people to acknowledge is that they themselves can be jerks. He readily admits he too can be a jerk. (If he didn’t, his wife, a prominent Silicon Valley corporate lawyer, would remind him). But writing the book has helped him become less of one.

“I view this as a problem that we all struggle with,” he said.

When it comes to character, we can be jerks or considerate and caring individuals. Many, if not most of us, understand that character counts and already have one or more traits associated with “good character.” The key to improving your character is to consistently leverage your strengths and always be alert for opportunities to “fill in the gaps.”

Take this Qwik Assessment to identify some of  your strengths or gaps you might want to fill.

The next time you feel the urge to act like a jerk or an –hole, pause and consider a better way to handle the situation. Being a jerk one time or on rare occasions is human. Being one all the time is the best way to be your worst you.

Above all, choose to be a decent person or be prepared to explain why you are contributing to dysfunction and poor performance wherever you go.

Leadership Presence & Substance: You’ve Got to Have Both!
Next Post: Vacations: Start and Return the Right Way

Share this ArticleLike this article? Email it to a friend!
Email sent!